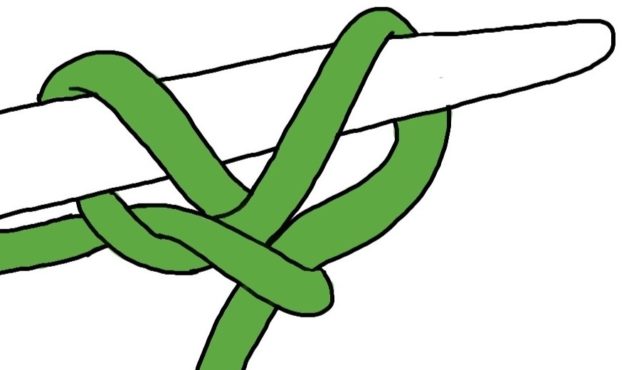 In both knitting and crochet, there are a number of places where one begins a piece by making a slip knot and then working a stitch into it. This is all very well and good, except that knots can be irritating and can wear badly.

A few years back, my friend Harena showed me a trick for starting a crochet chain without one, and ever since then, I’ve mostly given up on slip knots for both crochet and knitting.

Well, not exactly. It turns out that the trick is to avoid tightening the initial loop of the slip knot and treat it as a stitch in its own right. It works a treat, regardless.

Here’s how it works for crochet.

Start by making the loop for a slip knot.

Insert the hook in the loop as if it were a stitch (you might need to pinch the crossed yarn) and pull a loop through.

(I’ve illustrated it more loosely than I would do it to make the path of the yarn clearer.

Once you’ve tightened up the loop on the hook and made another chain or two, you can tug on the yarn tail to make the loop the same size as the other chains.

Much the same technique works for knitting. Generally speaking, slip knots are used as the first stitch for a knitted cast-on or a cable cast-on, and so I’m going to show how it translates for that purpose. 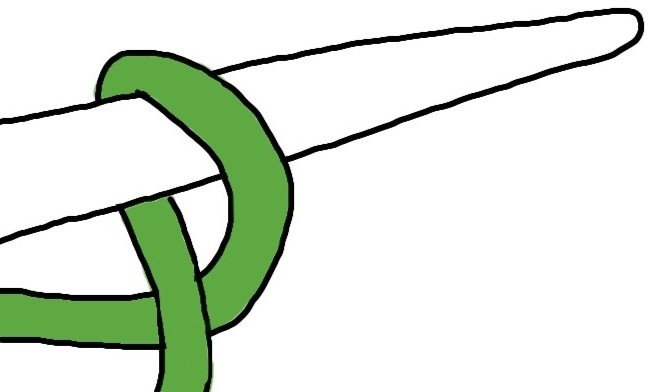 Put it on your needle.

Insert the other needle. 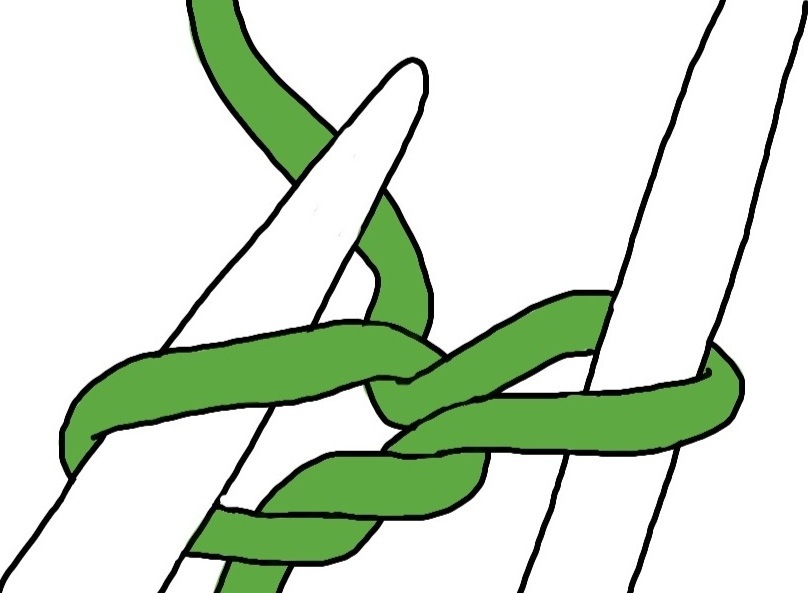 Knit a new stitch without sliding the loop off the old needle. 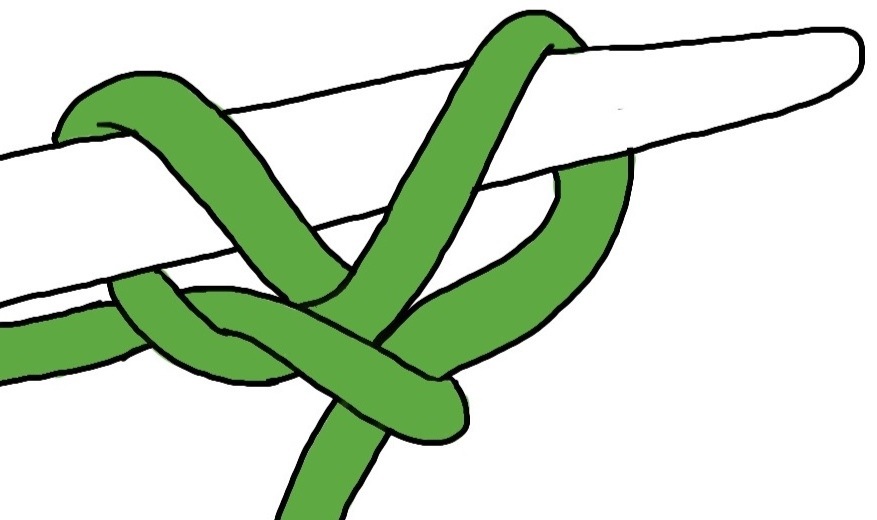 Slip the new stitch back to the old needle, and proceed with a knitted cast-on or a cable cast-on as usual.

Voilà! No bumpy knot in the corner of your work.

3 thoughts on “Loosen those knots”