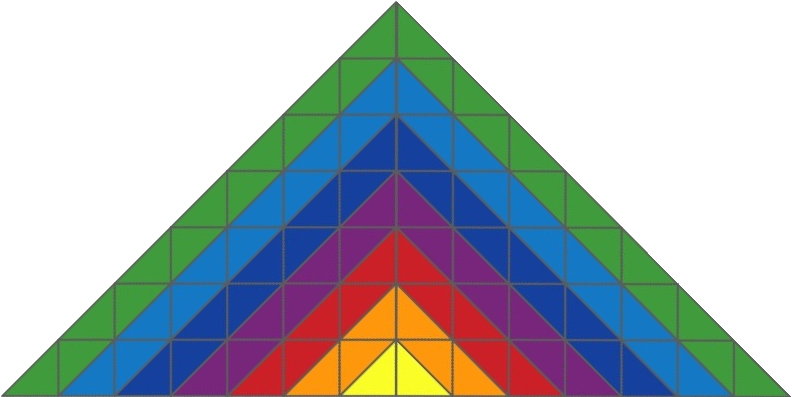 (Good for any yarny craft, and probably some others too.)

This is a variation of a conversation I had on Twitter last week.

Say you’re making a triangle shawl that’s going to have two stripes. How much more yarn will the second stripe take than the first? The stripes are going to be different sizes because it’s a triangle.

Here is a simple method to approximate the relative amounts of yarn.

If you want the stripes the same width: 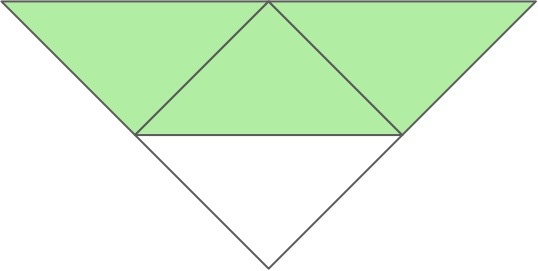 (You can draw these triangles pretty easily on graph paper.)

What if you want the outer stripe to be half the width of the inner one? Well, draw three stripes, and compare the number of triangles: 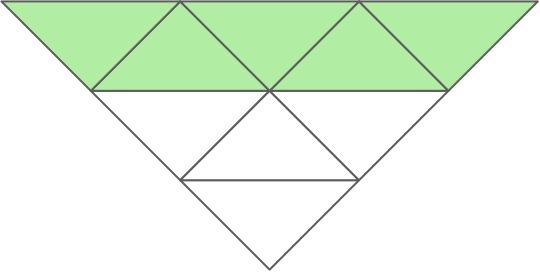 Four triangles in the inner wide stripe; five in the narrow outer stripe. So you would use 400 yards of white for every 500 yards of green.

This is a fairly rough approximation of what the relative stripe widths would be if you were using the same amounts of yarn for each of two stripes: 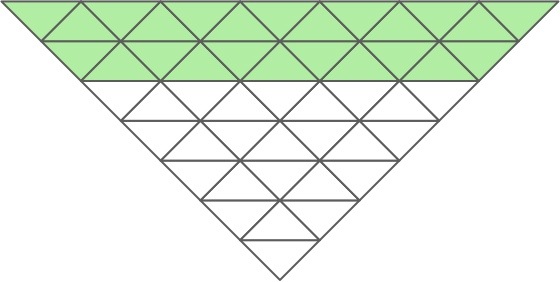 There are 25 triangles in the white section; 24 in the green. That leaves an extra green triangle’s worth of yarn.

It turns out that figuring out the exact stripe proportions is irrational; the square root of two is involved. The proportion shown above is 5 rows of triangles to 2 rows. This is another way of writing 10 to 4. A more precise comparison would be 100:41, closer would be 1000:414, and closer still would be 10,000:4142. (Of course, the two latter ratios aren’t terribly helpful.)

That triangle has seven stripes, which makes me think of a rainbow: 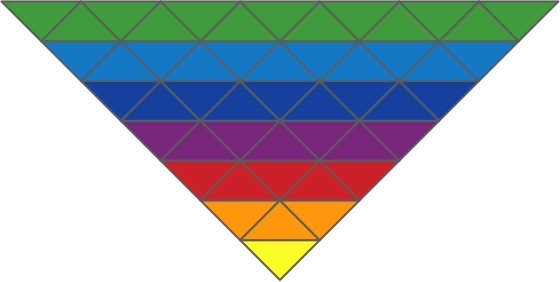 One triangle in the yellow stripe, 3 in the orange, 5 red, 7 purple, 9 indigo, 11 blue, and 13 green. Notice something?  As you add stripes in the same width,  the length increases by two triangles.

What if you’re making this kind of triangle? 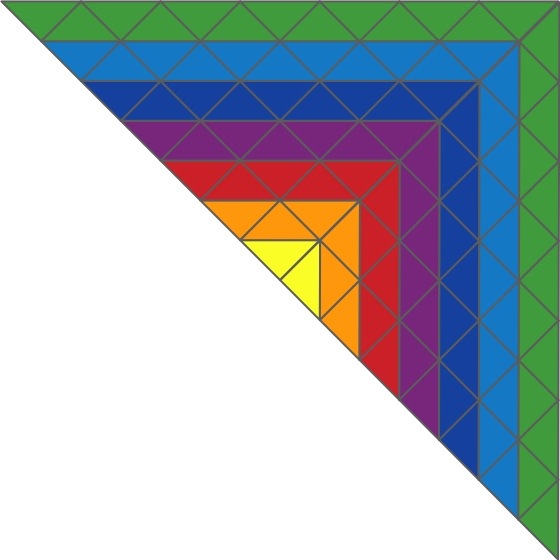 Turns out that the ratios are the same, because you’ve simply multiplied everything by two.

What if you’re making a triangle that’s not a square cut in half diagonally? 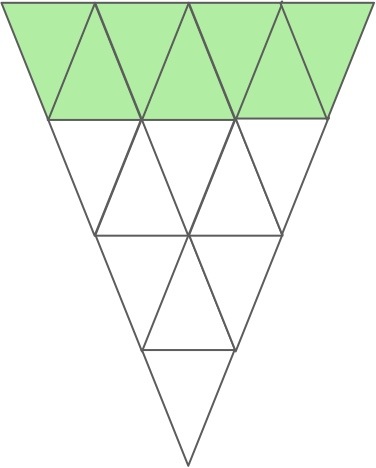 It turns out that the proportions are the same. (I have no idea what the angles are in that triangle; I just drew it to prove the point.)

5 thoughts on “Striped triangles – how much yarn?”