Edited to add, as of 27 Jan 2020: This is all very well and good if you want an extra loose bottom edge, but this is an easier method.

(This will work for Tunisian crochet as well as knitting; you’ll want to use a knitting needle alongside the crochet hook.)

I was fiddling around with using the basic long-tail cast on with two needles when I had an inspiration for another way to use two needles to make long-tail cast-ons even more relaxed. There are at least four long-tail cast-ons; the principle should work with all of them. (I haven’t ever seen anyone else use this method, though of course that doesn’t mean that someone else hasn’t thought of it.)

I’ve used two needles the same size in this demo, but it’s probably better to use a smaller needle for the second one—in my opinion, the bottom loops look sloppy otherwise. 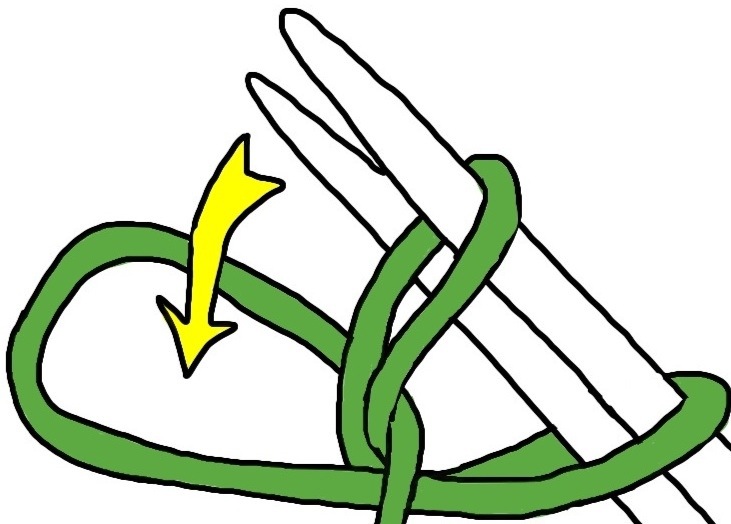 Holding two needles together, start by working the first pair of stitches of the long-tail cast on as usual, except that it should be worked only on the main needle. (The first stitch on my needles is just wrapped around, as shown in these excellent instructions by TECHknitter; scroll down for the no-slip-knot version.) 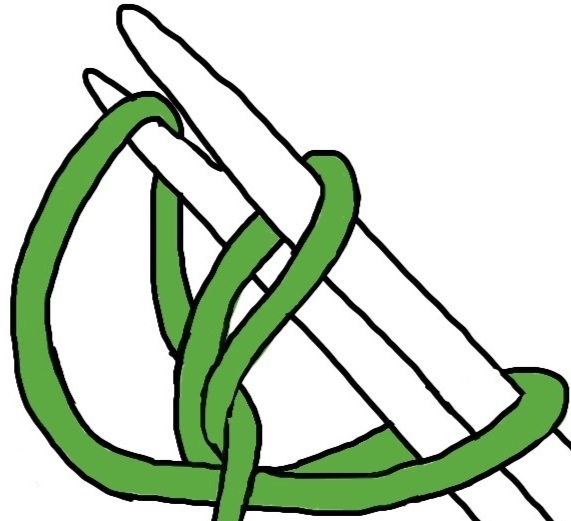 Before starting to make the next stitch, catch the thumb loop on the second needle. Snug everything up as usual, and go on.

Once you have cast on all the stitches required for your work, pull the second needle out of the loops, and continue onward.

Please let me know how this goes for you!