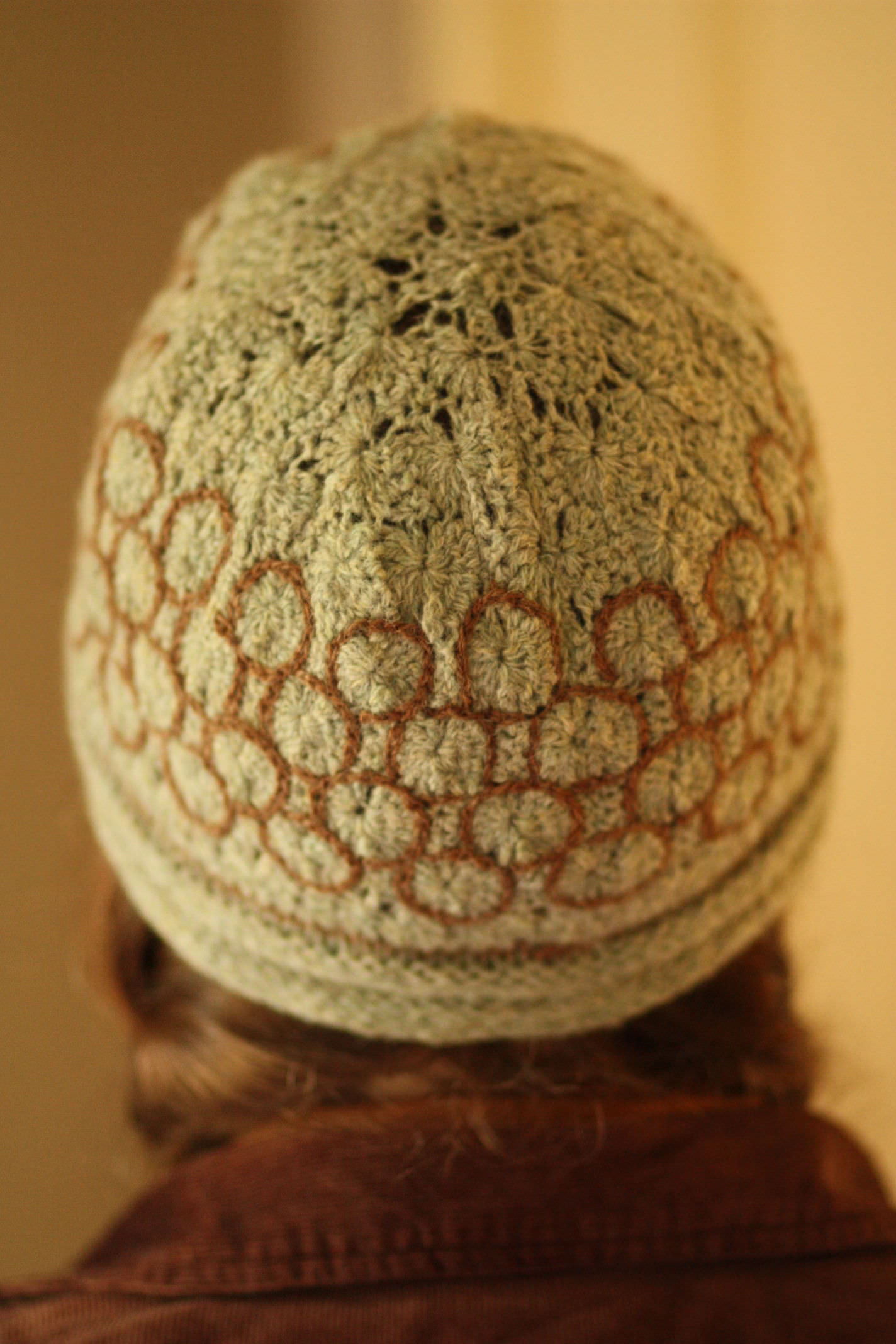 Many spindle whorls are decorated with little circles, and so this hat is covered with many circles created by crocheting the traditional Catherine’s Wheel stitch pattern and then outlining the circles with chain stitch. The hat name is a bit of a pun on the traditional stitch pattern name: whorl because of spindles; Katherine in honor of the five women named that in my knitting group who all spell it with a K.

I wanted to combine several of the crafts that use yarn, so I embroidered my circles and knitted the brim (instructions for an alternate crochet brim are provided). Use surface crochet to create much the same effect as the embroidery.

I’ve found that crocheting with a single strand of yarn and knitting with the same yarn doubled makes the two match up well in terms of both stitch gauge and appearance. I made use of that principle in this hat.

This pattern is intended for confident crocheters who know a little knitting. No in-depth tutorials are provided.