I’ve been considering multiple yarnovers some more, and also talking them over with some friends on Ravelry. (Thanks to you for helping clarify my thoughts, if you’re reading this.) The doily in the featured image is my variation on Auge (Ravelry link), which was the first time I’d encountered this technique. (direct Ravelry link to original pattern)

I previously wrote about them in “Of double yarnovers and lark’s heads”.

I’ve since realized that one key way to make it easier to  deal with multiple yarnovers in a row is to drop them all off the needle and work with the loose strand of yarn instead. (Having a little slack makes it easier to get the needle into the stitches.) If it’s not the sort of double yarnover that really requires a (k1, p1) to be worked into it, I pick up the thread and twist it as if working a “make 1”, and then I knit (or purl it). Then I pick up the thread again, twist, and work the resulting stitch, repeating the maneuver until I’ve worked as many stitches as I made yarnovers.

One day when I did this, I realized that the long strand measured out by the yarnovers was functionally equivalent to the tail of a long tail cast on (or to the tail wound around the thumb in the thumb cast-on, which produces the same result). Imagine that a knitter’s thumb is the knitting needle with a strand waiting on it to be knit. Because it’s an M1, the loop on the needle is twisted as it’s worked.

Here’s how it goes: 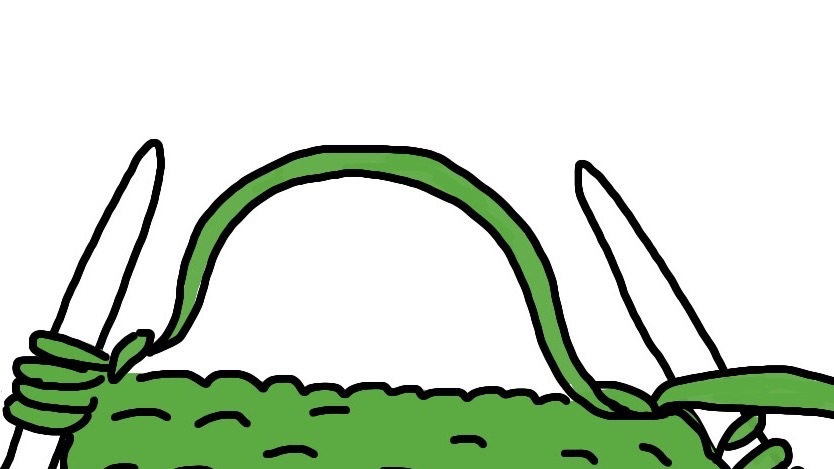 First, on the row after multiple yarnovers are worked, work all the stitches up to the yarnovers according to pattern. Drop all the yarnovers. There will be a giant loop. 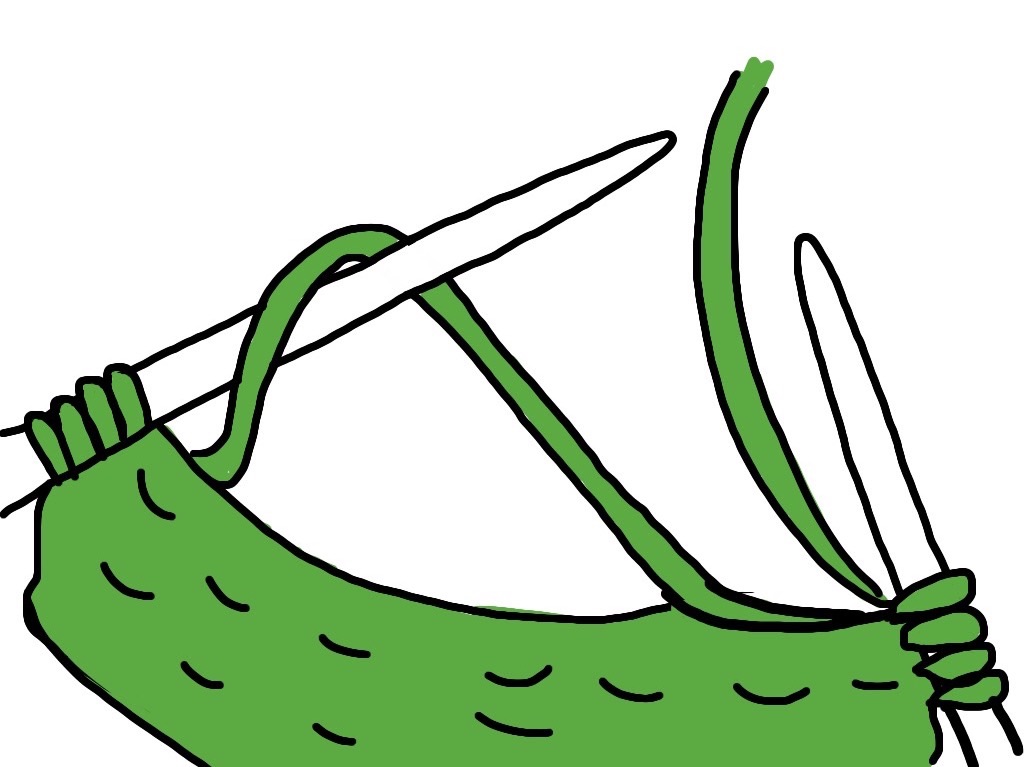 Pick it up with the needle it came from. 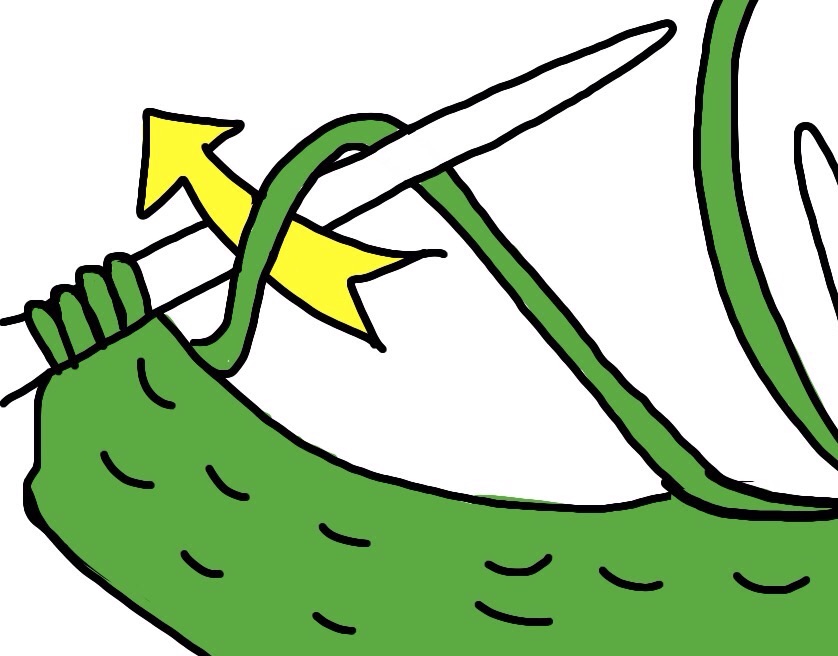 Repeat the picking up, twisting, and knitting or purling until as many stitches are made as the pattern requires.

Note: if you’ve ever used backwards loop cast-on in the middle of a piece of knitting but felt it was loose and sloppy, the sloppiness comes from the extra yarn added by twisting it over the needle. Instead, try doing as many yarnovers as you need to cast on, and then use the method above.

There is some sort of rumbling in the back of my mind as a result of all this thinking, having to do with a variety of longtail cast-ons, increases, the structure of Western uncrossed knitting, the structure of Eastern crossed knitting, and the kind of nalbinding used in really old socks that looks like knitting but isn’t really. I don’t think it’s a new idea, mind. I think it’s just a bunch of concepts I thought were different slotting into place next to each other, but maybe it’ll be worth another blog post.

6 thoughts on “More on multiple yarnovers”