Sometimes I have trouble counting the exact number of stitches in my cast-ons. Perhaps this sounds familiar to you, too? Anyway, here’s a trick for not having to count so precisely that works if cable cast-on is appropriate for the knitting at hand.

The nice thing (though it is sometimes extremely annoying) about cable cast-on — the one where a stitch is pulled through between the previous two stitches that were cast on — is that it collapses quite neatly if dropped off the needles. If I know I’m close to casting on enough stitches with cable cast-on, sometimes I’ll just cast on more than I need to. 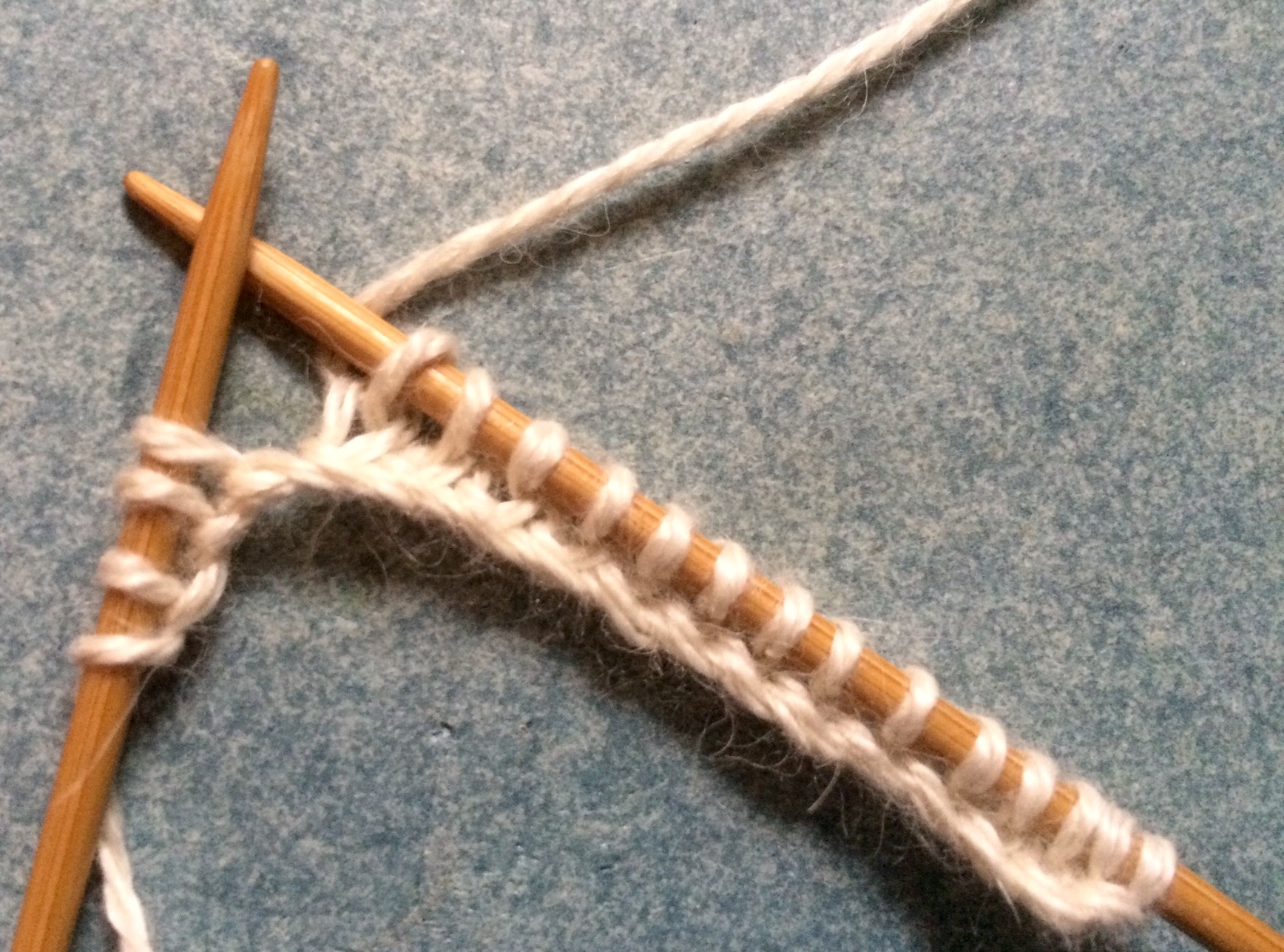 Then, when I work back in the opposite direction, I knit as many stitches as I need (easier to count if using a stitch pattern). Then I pull the rest off the needle.  The extra stitches dissolve quite neatly and I just have an extra long tail at that corner.

This doesn’t work so well with knitted-on cast-ons or with long-tail cast on. The former turn into crochet chains and the latter leaves a long loop. This can be cut, but then there’s two extra tails to work in at that corner.

Anyway, this is a tiny trick, but it makes me happy so I thought I’d share.