Each month my Patreon backers suggest words for me to use as the basis for designing a knitting stitch pattern; this month’s word is Frost, suggested by Nim. I encoded the letters as numerals in base 9, then laid them out on a grid to make a knitting stitch chart.

Much as I love complicated designs, it’s nice to have something a little shorter and therefore somewhat simpler for a change. 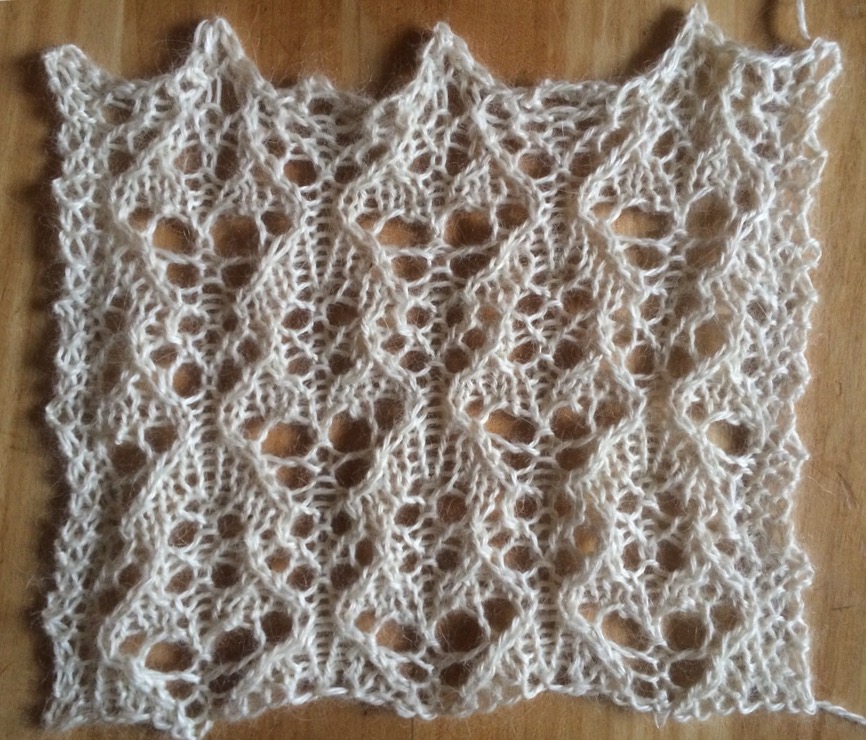 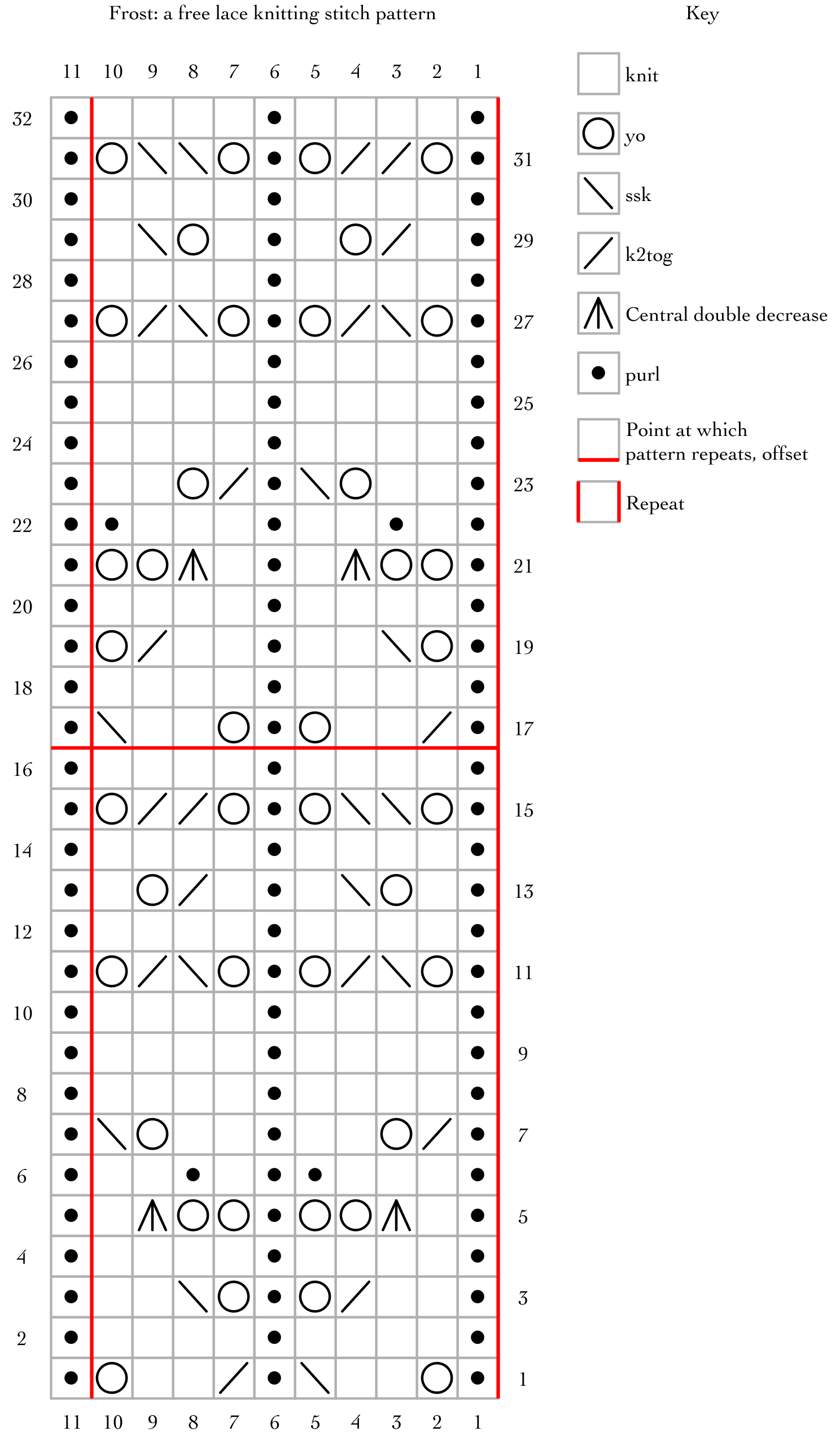 I’m going to start adding a general explanation of the encoding for each word I use as the basis for a design. 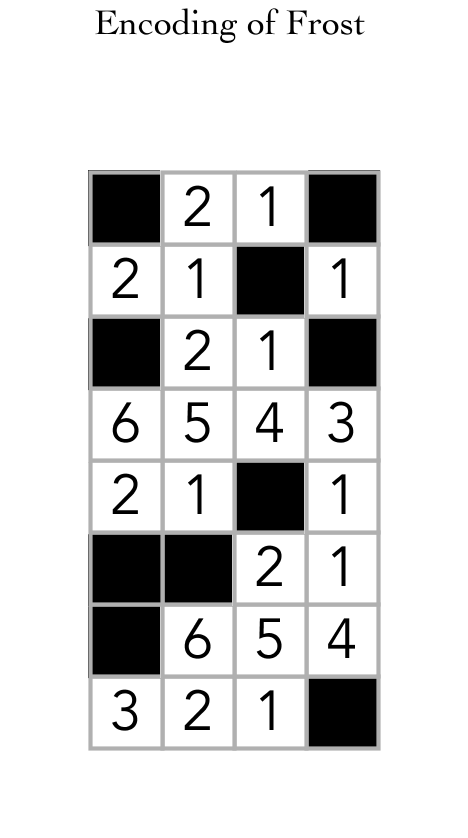 Here’s how to read the numbers of the encoding.

This reads from bottom to top, right to left – like knitting stitches. The black squares are kind of like stitch markers; the numbers show the count for each digit of the code.

Then I mirrored the chart horizontally, noticed that there’d be four yarnovers in a row, and decided not to do that this time. So I placed a vertical column of purl stitches to act as a border in between each mirrored repeat.