When I was at my knitting group yesterday, I showed someone how to join cotton yarn using this method, and the knitters around me all said whaaaaat? and so I thought I should post about it.

There are a lot of other ways of coping with switching from one piece of yarn to another: the Russian join, splicing, the braided join, spit-splicing (if the yarn is feltable), overlapping the ends and knitting with them double, and the method that isn’t so much a join as working in ends as you go. There’s also the simple expedient of letting the old end go and just knitting with the new end, but then you have to come back and tighten up stitches and sew in the ends. (Some people prefer to do this at an edge.) I have used all of these methods and expect to reuse any of those methods from spit-splicing on.

There is also the magic knot, which I find dubious: knots come undone at unexpected moments; they also put more stress on the yarn.

And then there’s the one I’m about to show you, which I’ve been using for a while: long enough that I don’t know where I picked it up. Did I read about it somewhere? Or was I lazy about a Russian join, which is its relative? Edit: Aha! Apparently it’s somewhere on TECHKnitting. I’ve read many of the posts there; it’s an extremely valuable site. If it were a book, it would be one of my desert island knitting books.

For simplicity, let’s call it a folded join. Like the Russian join, it’s good to use when switching colors because the colors stay distinct. It might be easiest for those of us who throw the yarn; let me know how it goes if you try this and are a continental knitter. 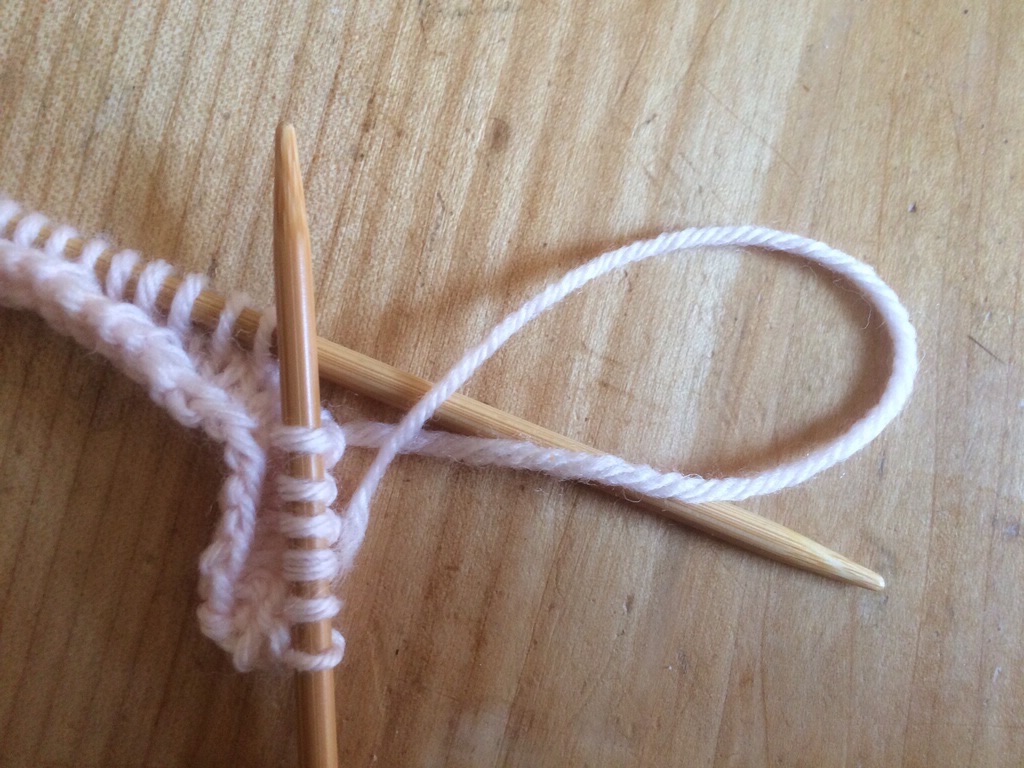 First, knit until there’s 5-6 inches (13-15cm) left of the old yarn. Fold it so that the remaining yarn is doubled, leaving a short tail hanging to the back.

Knit 2 or 3 stitches with this doubled up yarn. The fold makes a loop: pull the end of the new yarn through it.

Fold it over too and continue knitting. When you come to the stitches on the next row, each stitch will have two loops; make sure to treat those pairs as a single stitch. 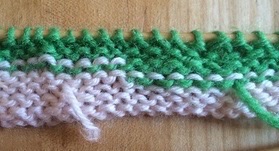 Here’s how it looks when finished. Not suitable in all circumstances, but worth trying to see if you like it.

5 thoughts on “A folded join for yarn”