When Ron suggested melancholy as this month’s word (funded by my backers on Patreon), I immediately had the thought that I should design this specifically to be an edging. Note that it might work just as well as an allover design; I just didn’t try it out that way.

Though both have their charms, I like the latter better, and so that is the chart shown below. 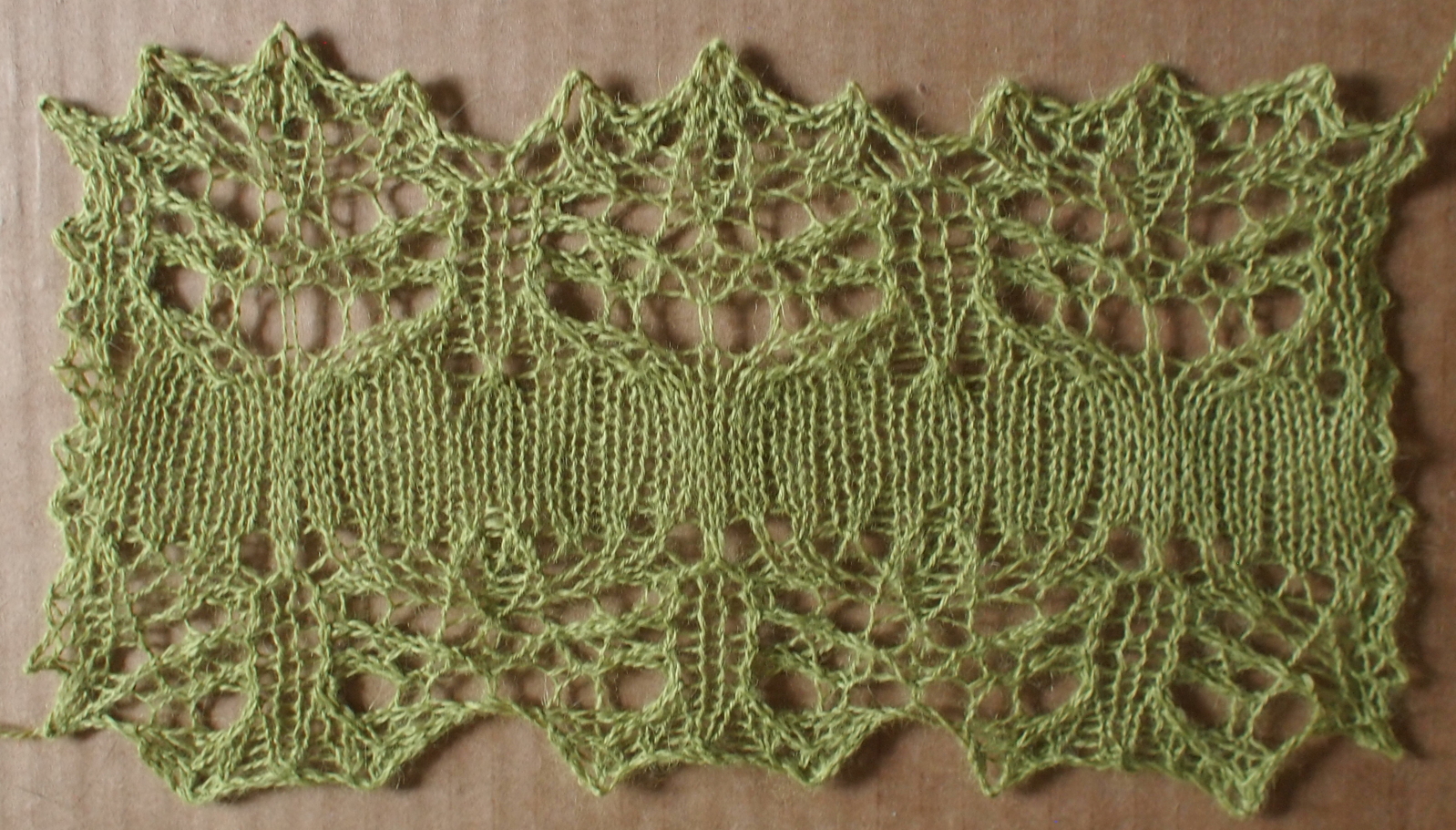 Designers, please feel free to use this stitch in your patterns. I’d like credit but won’t be offended if people don’t give it. Thanks! – Naomi

I’m showing the mirrored grid because I did things a little differently with this. Ignore the section with light grey squares and the column of purl stitches for now.

Because the rightmost column has no stitches in it, I decided to use it as my axis of symmetry; I didn’t double it in the mirroring. And because I wanted to avoid quadruple yarnovers, I added a purl column to go between repeats; I like to made added columns purl to indicate that they’re not part of the code. (I also like the effects this makes in lace sometimes.)

Once I had the squares arranged to my satisfactions, I replaced black squares with yarn overs and started swatching to figure out where to put decreases.