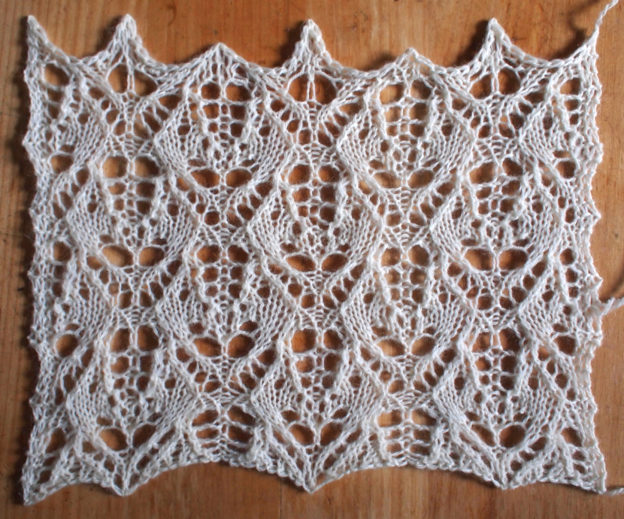 I’m really pleased with the way this one came out. I encoded each of the words heat and wave separately in the same size template, and then stacked them on top of each other to design the lace. I think each word should work as a separate stitch pattern, though I ran out of time to swatch them. 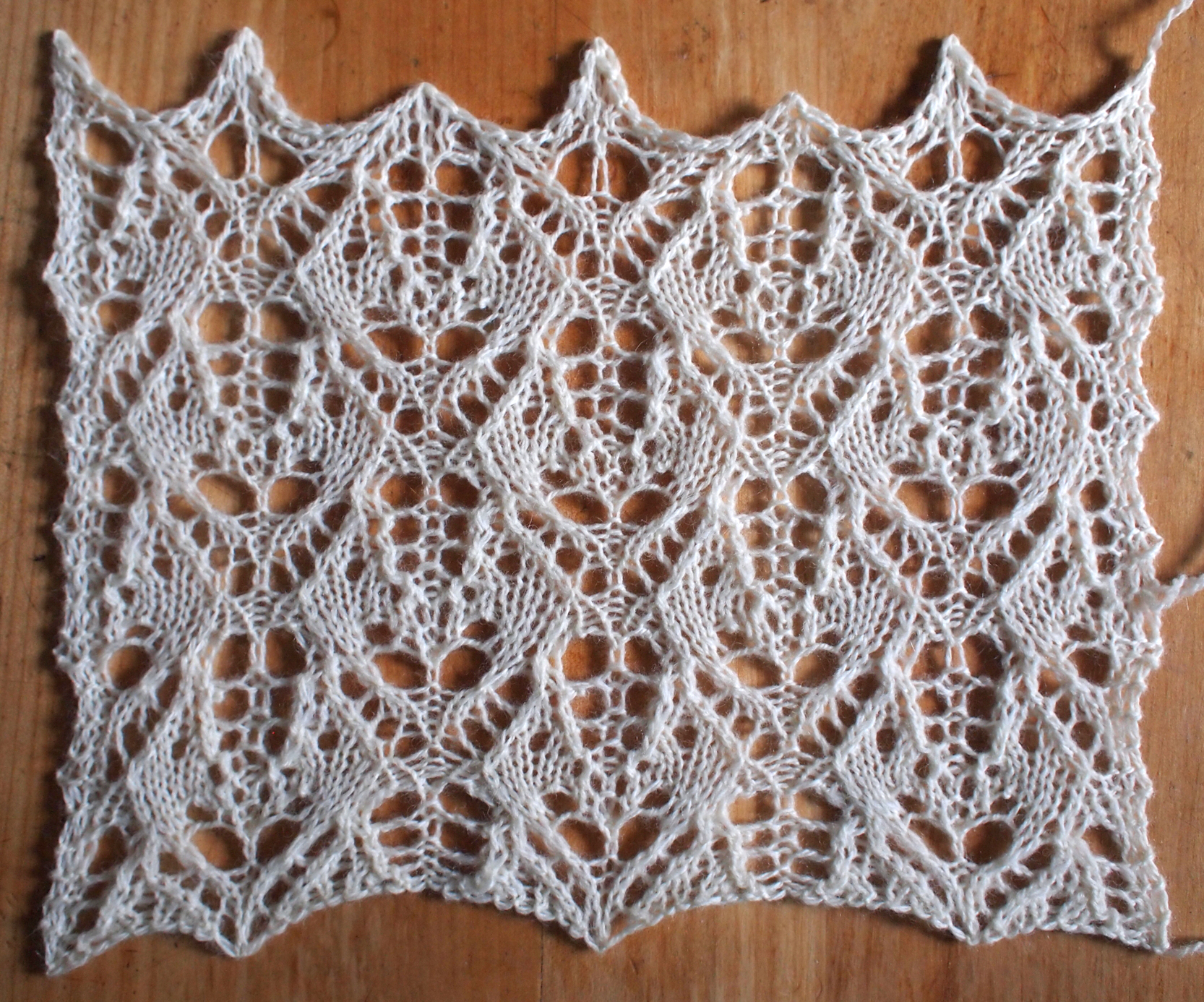 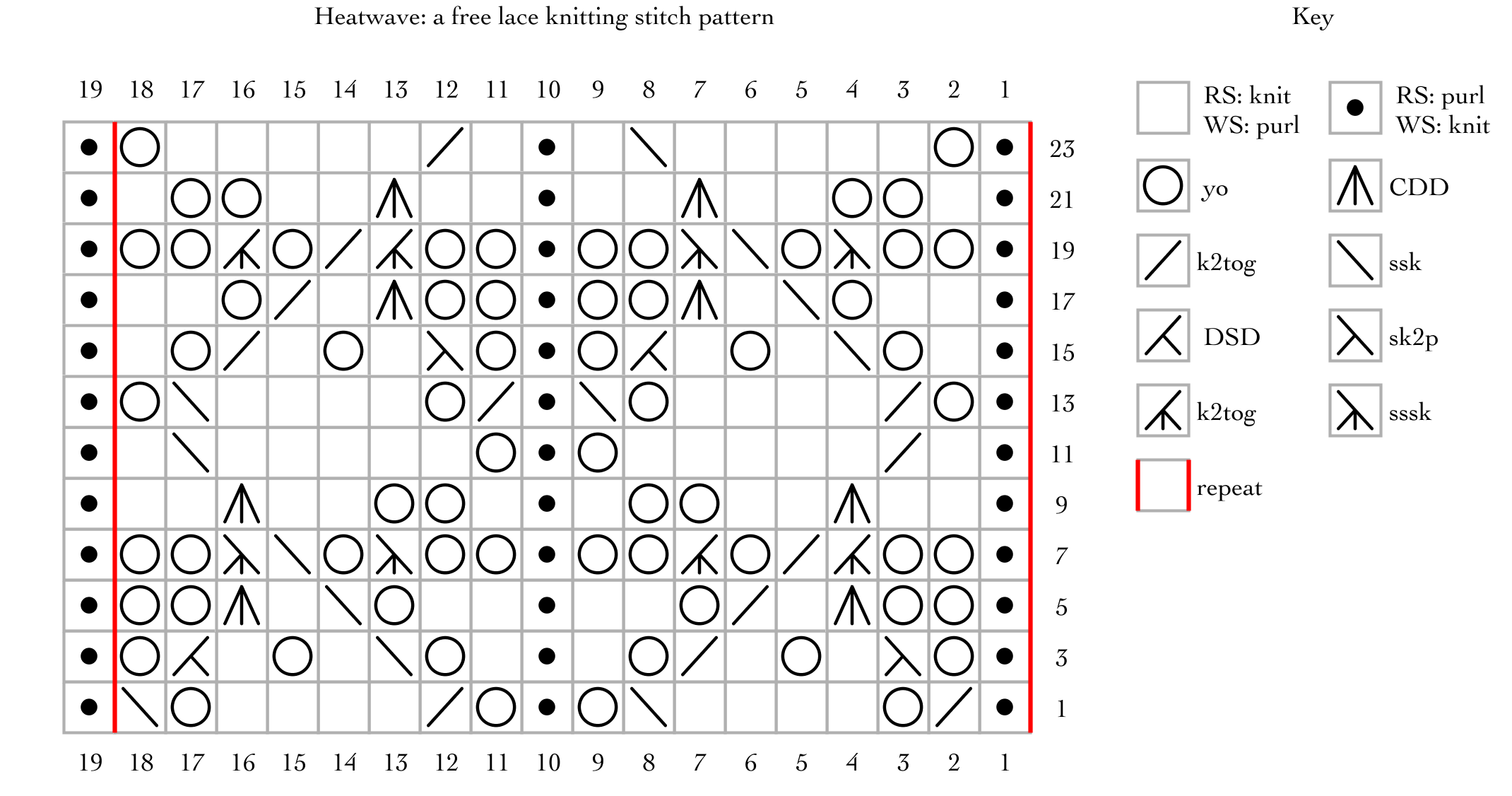 The section outlined in red is the grid on which I encoded heatwave; the bottom three rows are heat and the top three are wave. I started in the bottom right corner. The first digit is 0, so I counted zero squares and placed a mark. Then I counted 8 squares, jumping up to the next line when I ran out of squares; then I placed a black square to mark off the boundary of eight. The next digit is zero again, so I immediately placed another mark to show that there were zero squares, and so on.

Once I had charted all the numbers, I mirrored the result and decided to place some border columns so as not to have quadruple yarnovers. I made these purl columns to show that they were different.

And then because I know something about how diagonal lines of yarnovers work, I flipped everything vertically:

I replaced all the black marks with yarnovers, inserted plain wrong side rows in alternation with the lacy right side rows, and set to work swatching. The result is above!