I’m gradually rewriting my knitting “secret code” posts. I’m publishing the new versions as blog posts. This is the next in the sequence; once I’ve written everything up, I’ll update the old version.

Once I’ve charted the numbers onto a grid, my next task is to figure out how to arrange the grid for my stitch pattern. This usually involves playing with symmetries.

There are three basic kinds of symmetry. All the ways of tiling patterns are based on those three. (There are a variety of traditional names for some of these patterns: half drop, half brick, and so on, but the transformations to get there are the three symmetries.) 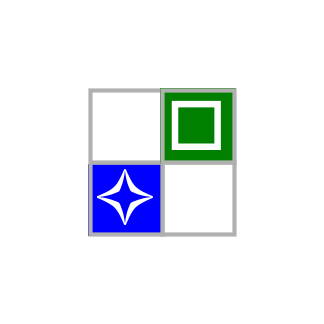 Here is a basic square motif which I have marked with symbols and colors to make the changes in my beginning examples more visible.

First is translation, which involves moving a copy of the original motif without changing its orientation in any way. 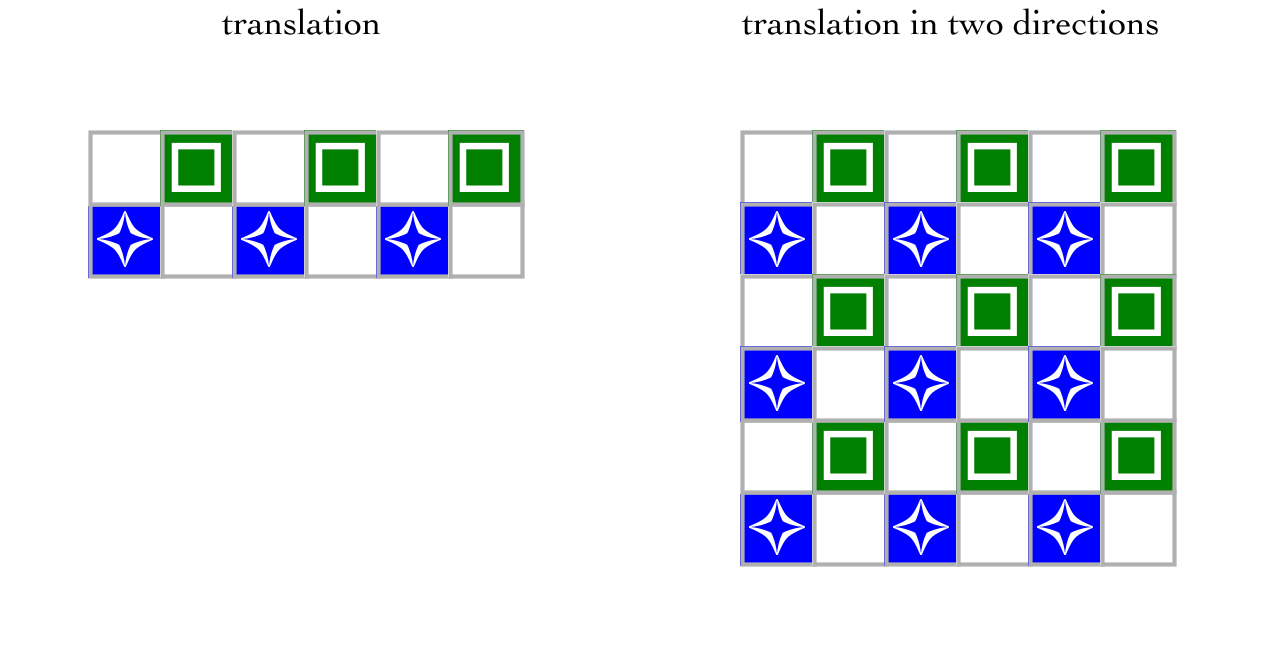 In pattern design in general, translation can involve movement in any direction. For my stitch patterns, I generally choose to limit translation to horizontal or vertical repetition, or both.

The next symmetry is reflection, which involves mirroring a motif. For my purposes I mirror patterns only along strictly horizontal or vertical lines. 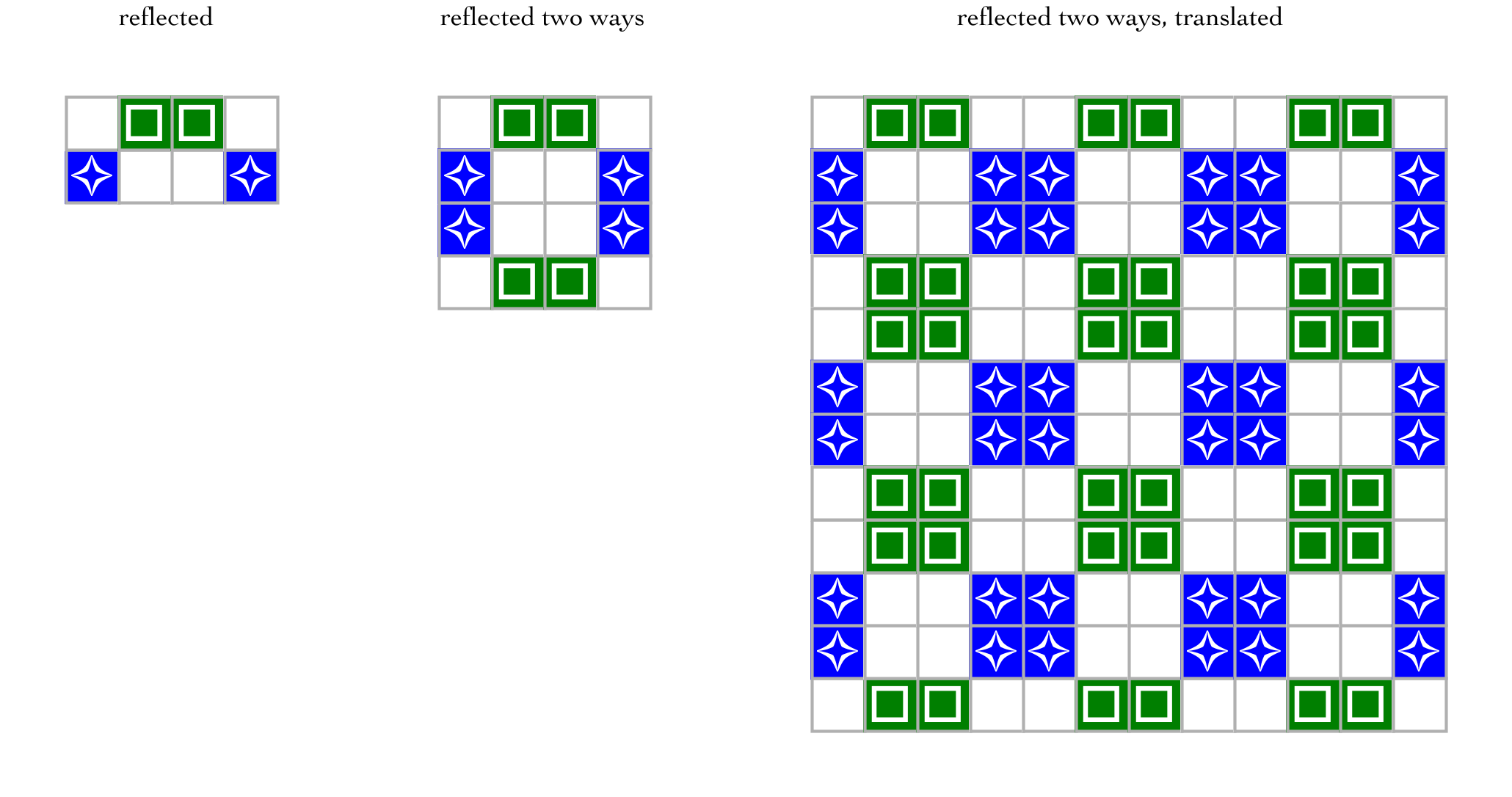 The last symmetry is rotation. Since most of the grids I work with are non-square rectangles, I usually rotate my grids halfway. 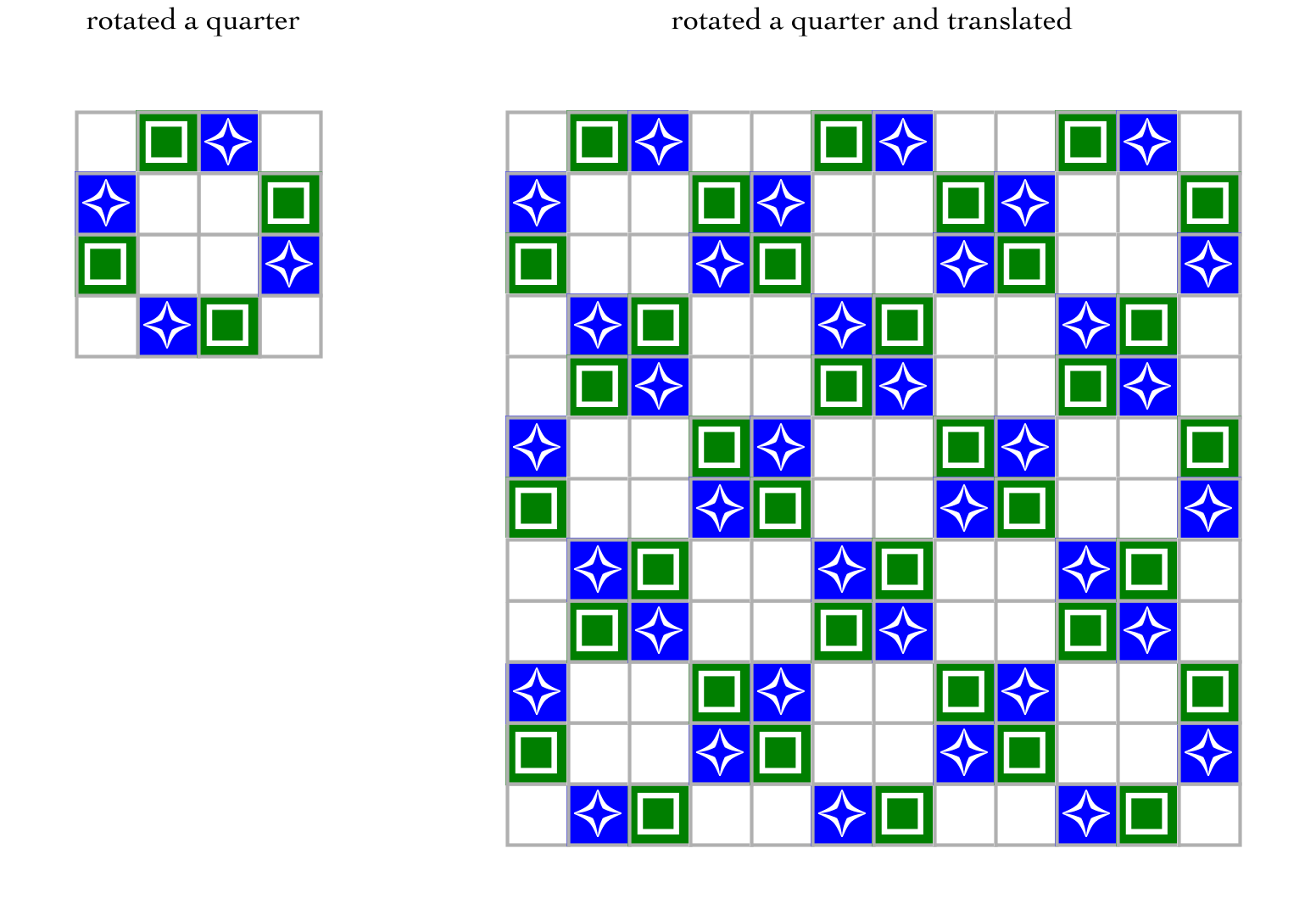 If the grid is square, I might consider rotating by a quarter instead. I have yet to actually make a stitch pattern with the grids rotated by a quarter. If I did, I would be very careful to avoid a swastika effect.

Those are the three kinds of symmetry. Here are some examples of grids that make use of them in a variety of ways, since the three methods may certainly be combined. I usually just go with reflection and translation, but I’ve been known to play around. 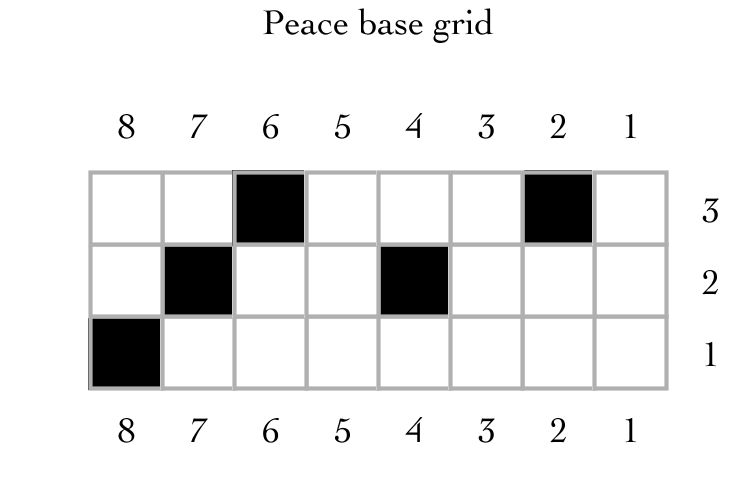 Once again, I’m using the telephone keypad version of peace.

Here, it’s been translated three times in each direction. It’s interesting how repetition like this will make what is an irregular pattern suddenly look more deliberate.

There are more variations beneath. Click on any of them to enlarge them and make the titles more legible.

Some of these are more promising than others – which is which probably depends on the beholder. In my current stage of encoding lace, I suspect I’d be inclined to use the last of these.

Next time: Removing extra columns and rows at edges, followed by the basics of turning these into stitch patterns.

2 thoughts on “Charted numbers and symmetries”