On Saturday I went to the nearest Women’s March; not the one in Washington, DC. It was a moving experience, and it derailed my plans for today’s blog post.

Below, you’ll find a chart for stranded knitting based on the word Resist. I turned the letters into numbers, and then charted the numbers to make this pattern. The result isn’t exactly secret code, nor is it meant to be recognized by other people as a sign of your political affiliations. But if you want to make something you can wear unobtrusively as a reminder to  yourself, this is a stitch pattern for you. Here is a lace version of Resist.

(Added later) If you’d like more overt signs of resistance, here’s some patterns for you: 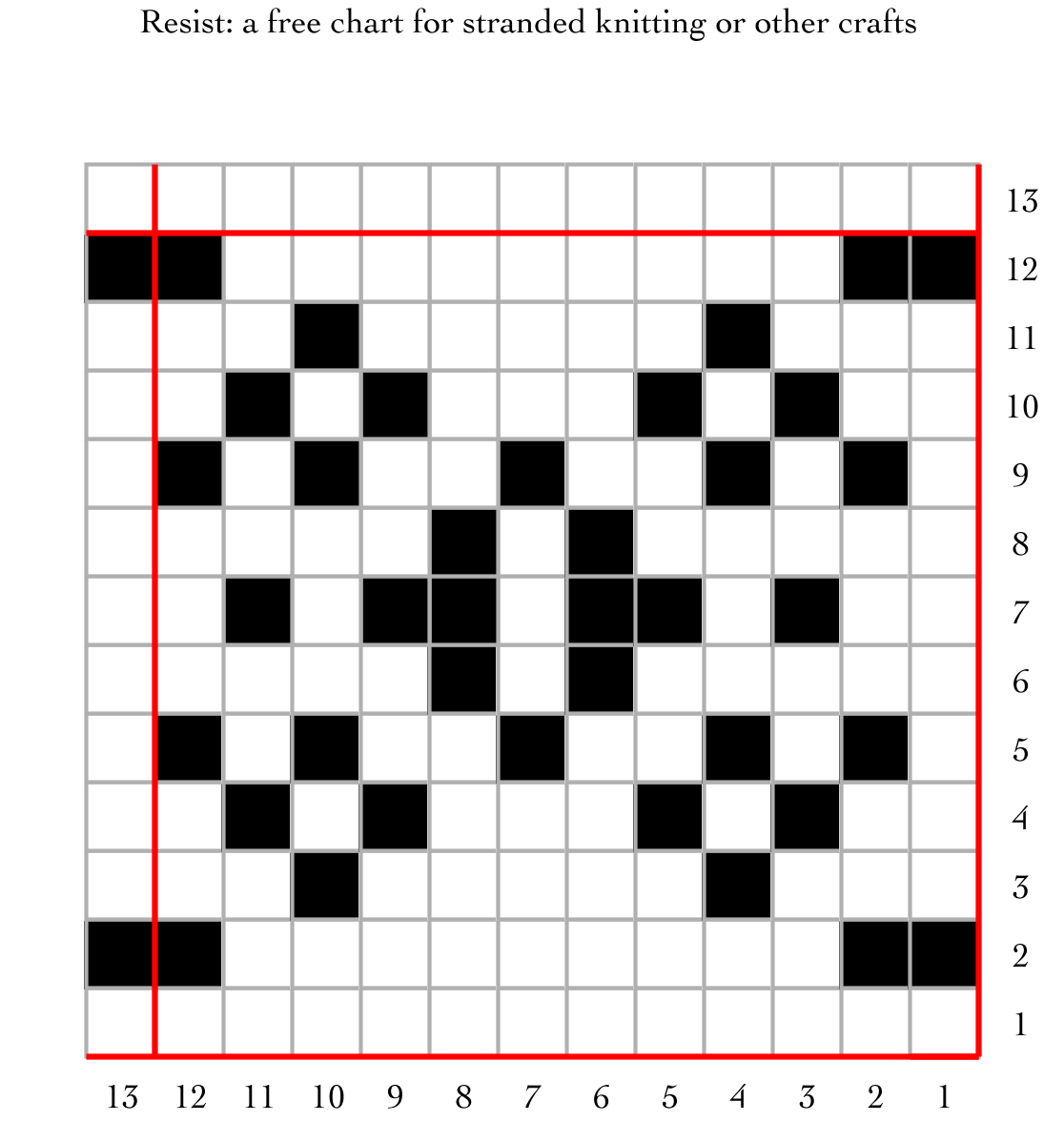 Watch out for the strands on rows 2, 6, 8, and 12 that are more than five stitches long. I tried out the STUART method invented by TECHknitter in a couple of places to deal with those strands.  I am not certain if I did it correctly, but I’ve only tried it this once.

I think this version of the chart ought to work for knit/purl texture knitting as well, but I haven’t tried it yet, so I don’t know how the central motif will come out:

Then I charted them in various ways, and picked this one:

Then I mirrored the resulting grid once:

I removed the extra column and row from the middle:

Finally, I rotated the whole thing by a quarter turn.

4 thoughts on “Resist: a free chart for stranded knitting and other crafts”