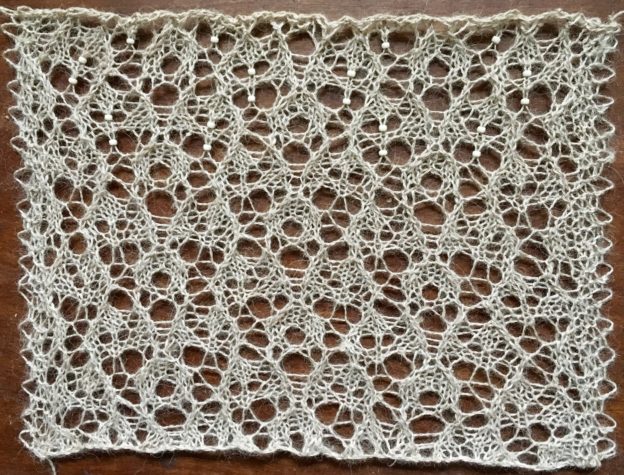 This month, the random number generator chose sunshine, suggested by Natasha. I spontaneously decided to work up the component parts of this compound word, and encoded sun and shine separately. When they are stacked on top of each other, they spell sunshine. This is not something I’ll do every time someone suggests a compound word. It’s a very similar principle to my idea for making coordinating stitch patterns by taking an excerpt of rows of a bigger stitch pattern. 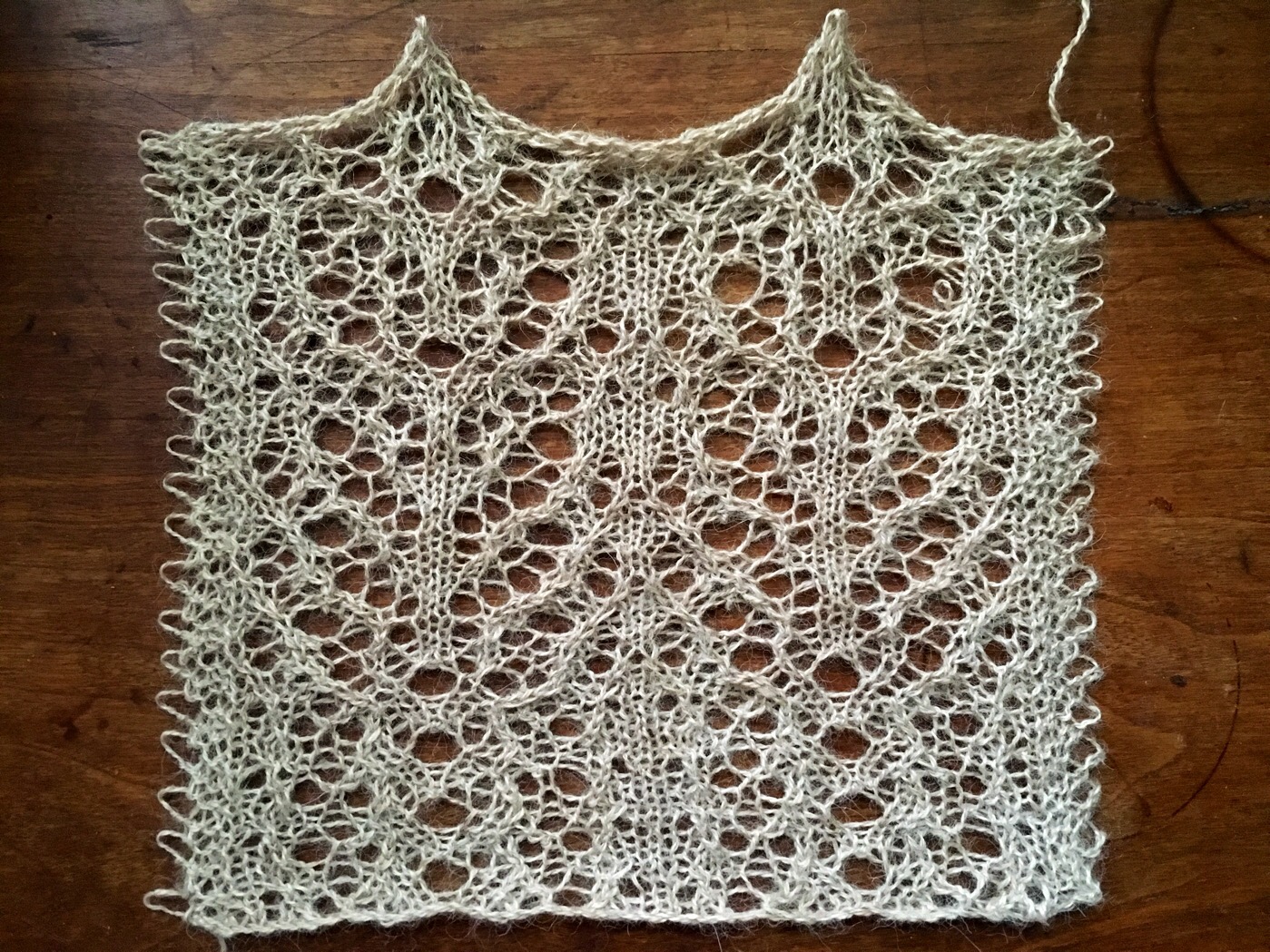 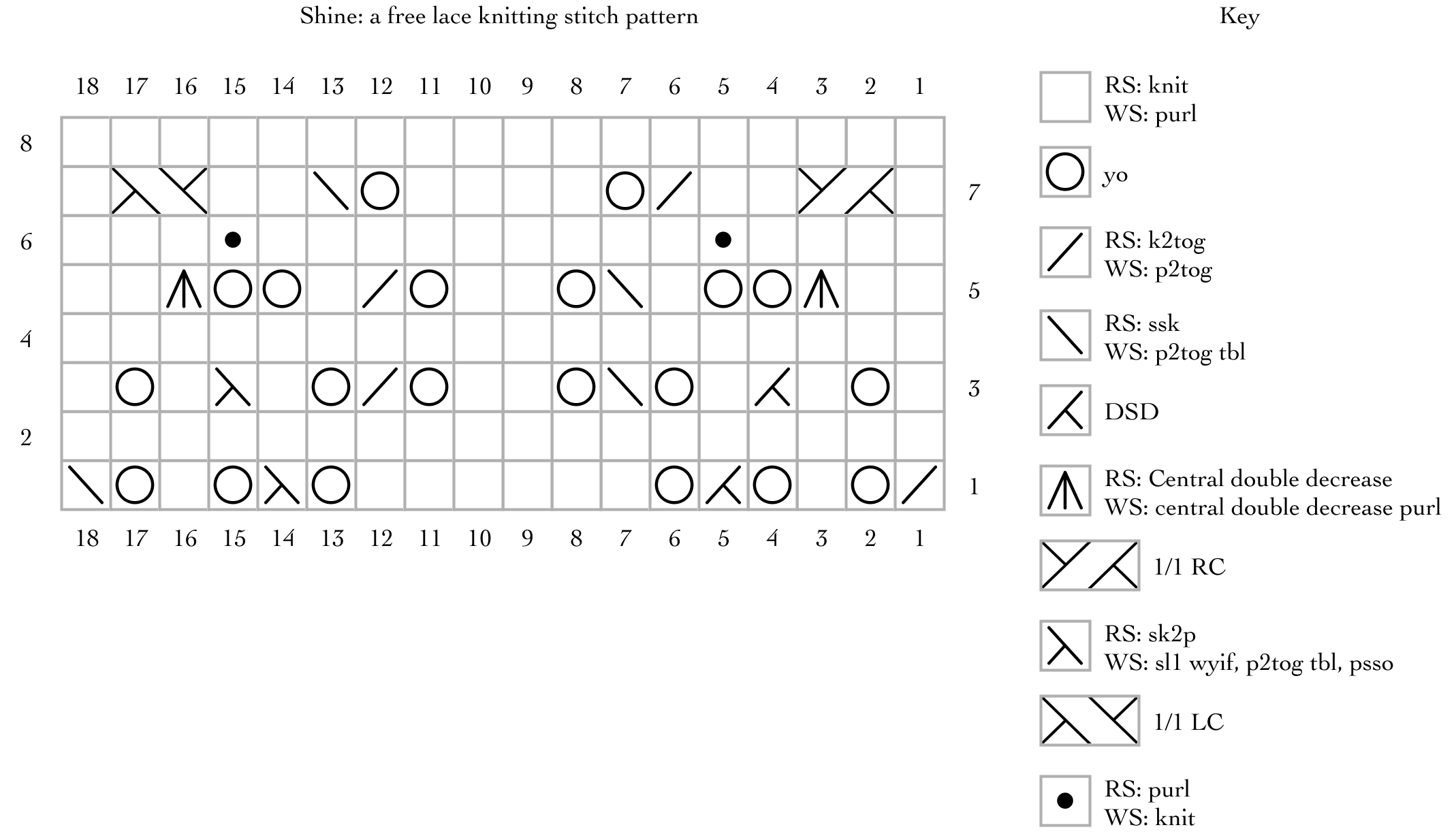 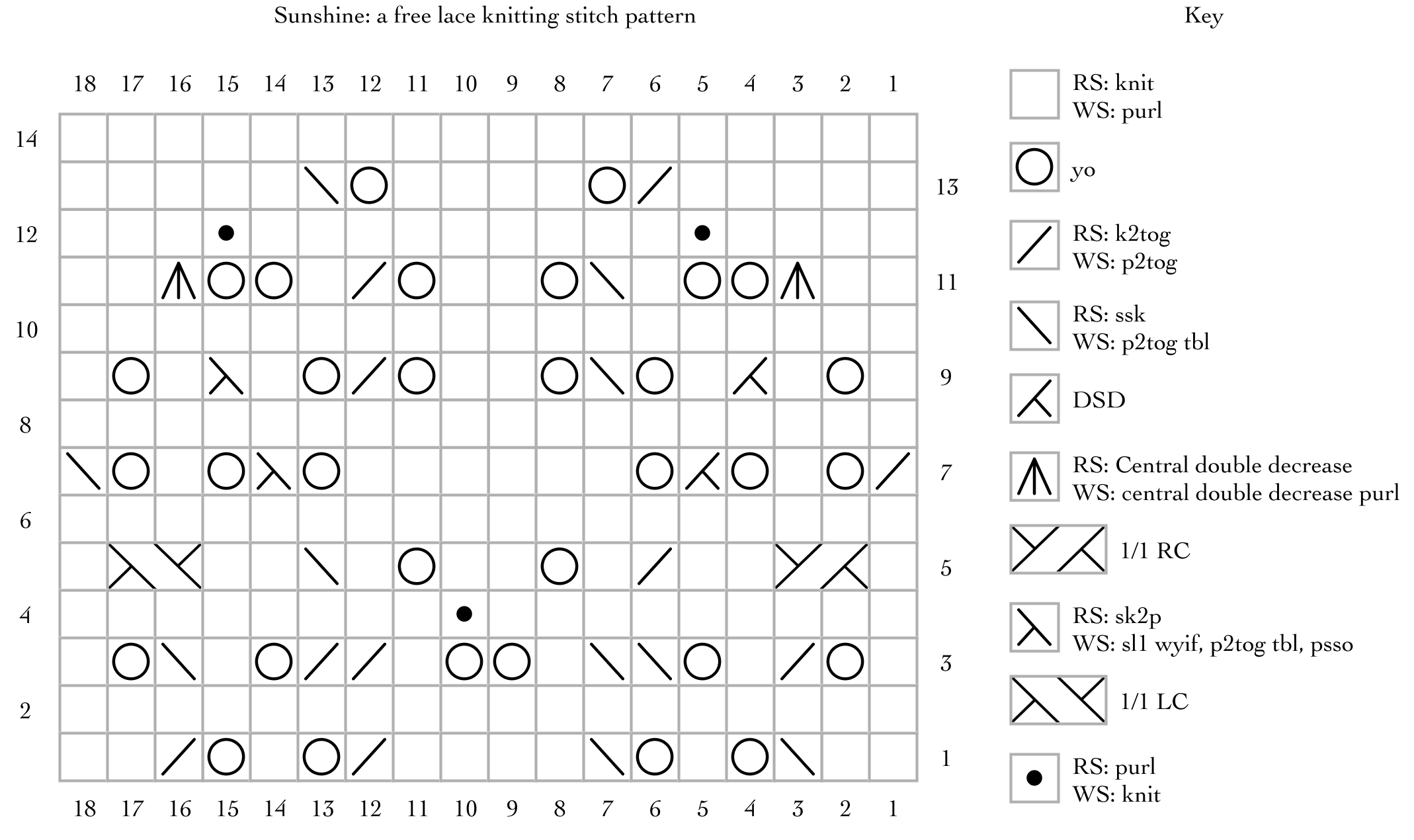 The first thing I did was to turn the letters of sun and shine into numbers, using base 6: 31 33 22 and 31 12 13 22 05. (I picked base 6 because I liked the resulting charts and because they worked to make a coordinating pair of stitches that had the same number of cast-on stitches.)

Then I charted them in various ways, and picked these two, because they were charted using the same method and had the same number of stitches:

I’ll walk through the charting process for sun; it’s the same method for both of them.

Once I marked out these grids, I mirrored them along the vertical axis. Then I replaced each black square with a yarnover, and spent a lot of time swatching to figure out where I wanted to place the decreases required to make a standard rectangular stitch pattern from the charts.