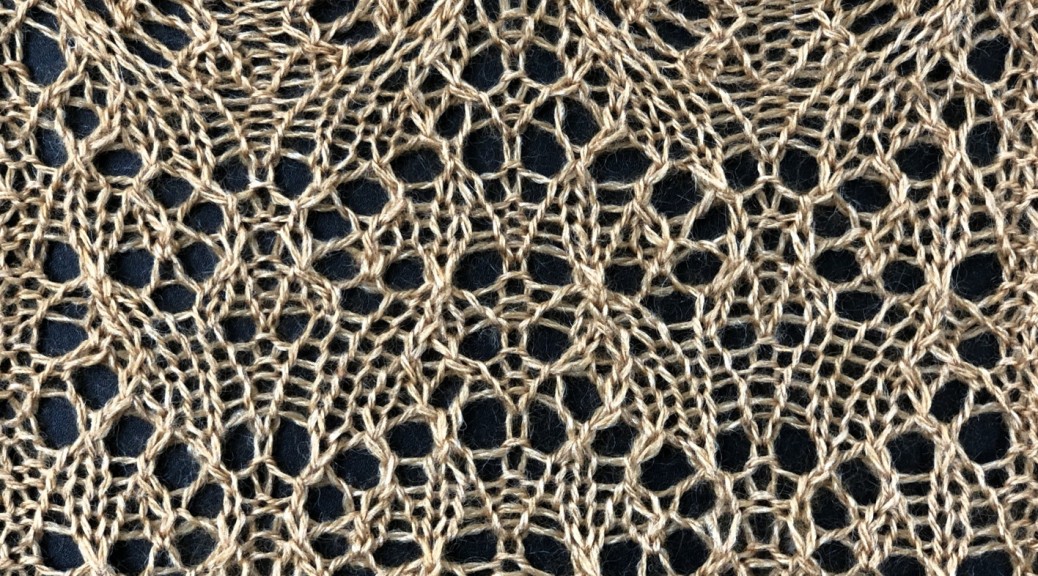 The second word I drew from the words suggested on Patreon last month is Syzygy, suggested by Jacque, a Patreon supporter. Syzygy is a glorious word, three syllables and only using a Y for a vowel in its written form. (The phonological situation is different, of course.) A syzygy is an astronomical phenomenon: three or more astronomical bodies in a straight line in a particular gravitational system. Solar and lunar eclipses are examples of syzygy.

Oh, interesting, I just looked up syzygy on Wikipedia. I was only familiar with the astronomical term, but apparently it’s used to mean a variety of things in math, biology, philosophy, and poetry as well.

Each month, my Patreon backers have the chance to suggest words for me to encode as knitting stitches. I make three of these into knitting stitches each month: the second and third (posted on the first day of the next month) are drawn from the collection of new words; the first is drawn from the collection of unused words. A random number generator helps me choose these, and then I get to work, first turning the letters into numbers, then charting the numbers onto grids in various ways. Finally, when I make the chart into lace, I turn the marked squares into yarnovers and work out where to place the corresponding decreases. (I usually make lace; occasionally I make cables instead.) I also make a chart for any craft that uses a square grid for designing; this goes in a separate post.

The stitch patterns are not meant in any way to look like the original words; the words are the seeds of my creativity.