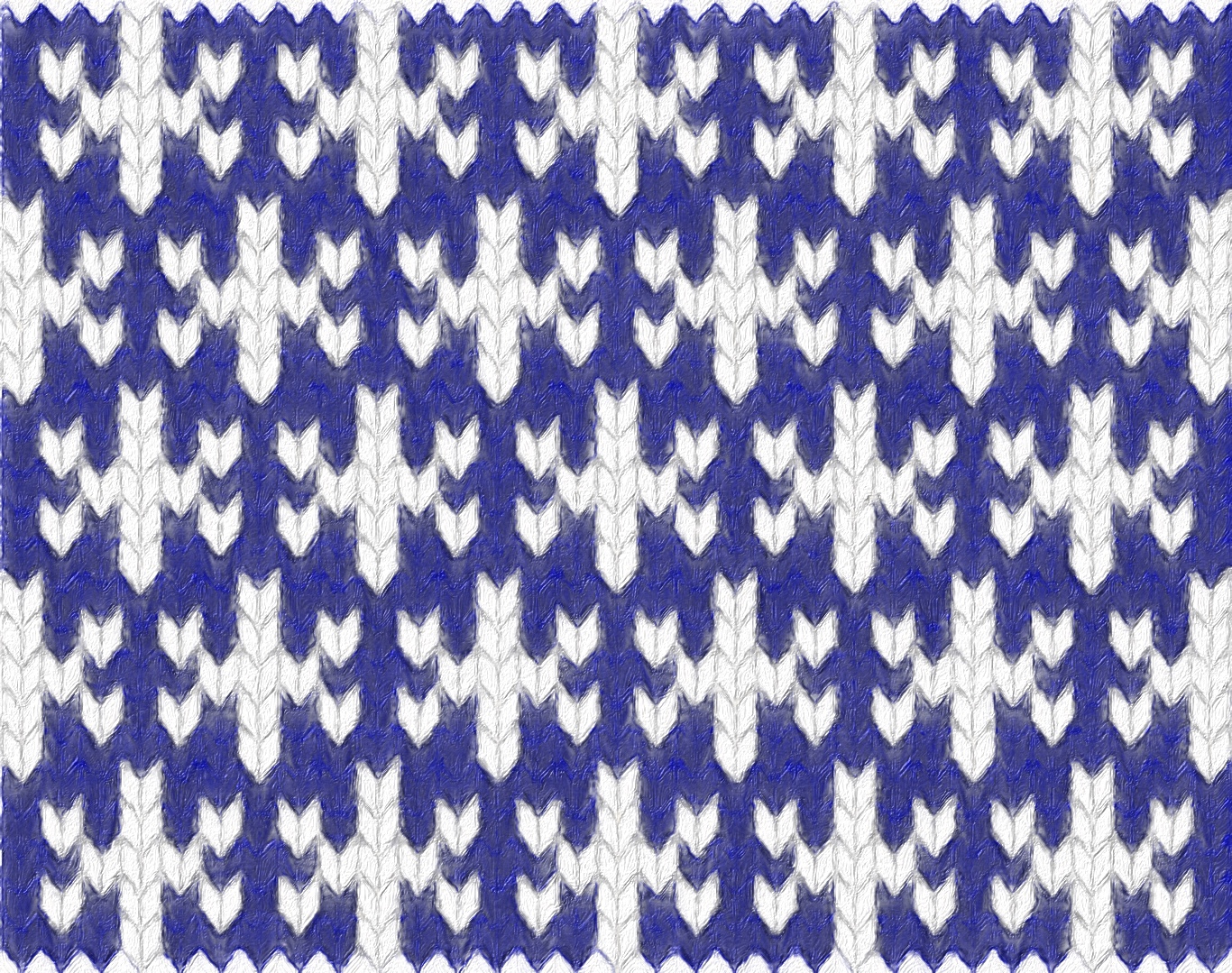 When I was looking at my 2015 needlework chart again, I saw an easy way to modify it to make it look like tiny snowflakes. Winter is almost here, and so I thought it was a good time to share it with you.

This is one of the kind of pattern that I’m sure someone else must have come up with already, but it’s still worth sharing because I don’t remember actually seeing it before, and maybe you haven’t either.