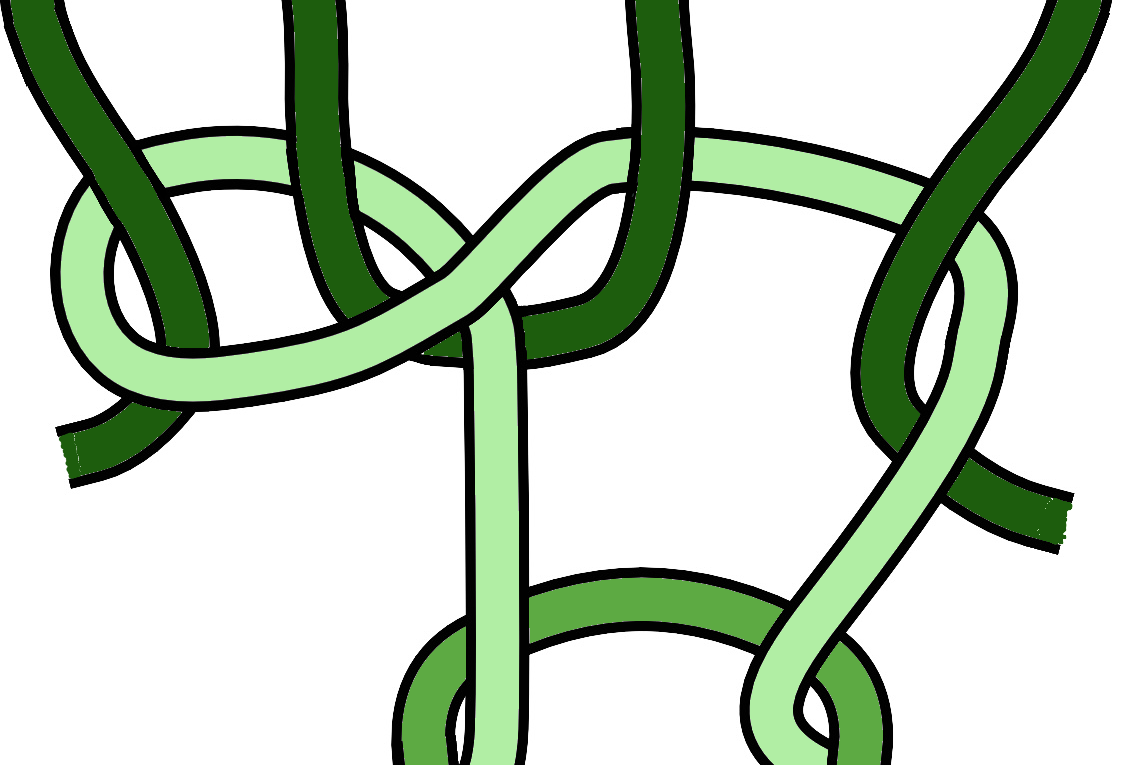 One of the first increases that many new knitters encounter is kfb: knitting in the front and back legs of the same stitch. This increase is one solution to the problem of how to knit twice into the same stitch and end up with two stitches instead of an elongated stitch. My goal with this post is to explain the structure of kfb, both how the two resulting stitches are kept separate, and why it makes what looks like a purl blip on the left side of the stitch even though no purl stitch is involved.

This post assumes you are familiar with the concept of adding a half-twist to a single stitch by knitting through the back loop.

Here is a pair of two existing knit stitches. The pale green top stitch has been formed by pulling a loop through the medium green bottom stitch. If a knitter wants to make two knit stitches in the pale green loop, they need to find a way to somehow anchor the two new stitches separately.

Knitting through the front leg of the stitch is just another way of saying “knit a normal stitch”, so that first new dark green stitch is shown here, anchored as usual in the light green stitch from the previous row.

Personally, I don’t use this increase very often; I like it best in two situations: garter stitch, and in spots where most other increases are really awkward and I don’t want to use yarnovers for whatever reason. (The example that comes to mind is working a top down hat — I might use kfb for the first round of increases, when I’m working with a really tiny number of stitches.)

The question I have is why it’s often taught to beginners. Is it because it’s seen as easier than other increases because it’s all knit stitches and it doesn’t leave a hole?

PS. Using kfb or not is a matter of personal preference — if it works for you, go for it. I admit to not liking it very much.

2 thoughts on “Knit in front and back: stitch structure”