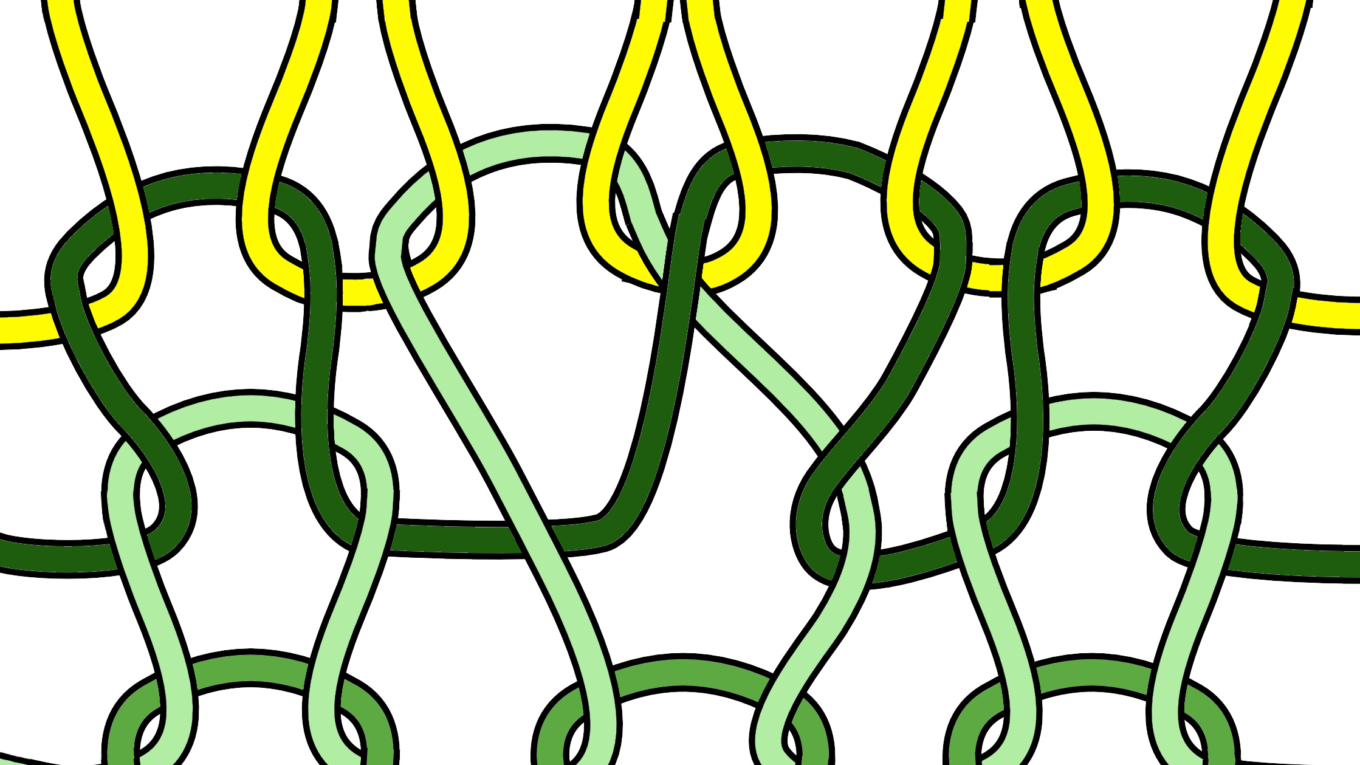 I’ve been writing a series about blog posts about knitting stitch structure and am currently focusing on ways of knitting two stitches in the same column of stitches. Today’s post in this sequence is about the Left Lifted Increase (LLI), the increase that’s a mirror of the Right Lifted Increase (RLI).

Here is a small piece of knitting three stitches wide; it’s an excerpt of a larger piece of knitting. Three rows have been knit and a fourth row has been started. One stitch of the fourth row has been knit, and now it is time to make two stitches from the middle column of stitches. There are other options, but lifted increases are among my favorites for stockinette.stitch; among other things, there are two of them that are mirror images of each other.

Depending on gauge, they are almost invisible. (Sometimes M1L and M1R work better for invisibility.)

Note: because the Left and Right Lifted Increase involves pulling up a stitch from the row below, it’s not generally a good idea to use these more often than every other row.

One of the next two stitches will be made by pulling a loop through the next stitch as usual, but the left lifted increase is formed by lifting the left side of the stitch below and knitting through the resulting loop.

However, before we can lift the left side of the stitch below, there needs to be one more regular knit stitch.

Now that the regular knit stitch has been made, it’s time to lift the left side of the pale green stitch that is now two rows below.

There are two basic options after lifting up the stitch from the previous row.

The first option is to knit through the stitch again as it is. This structure is exaggerated. The yarn to make that loop has to come from somewhere. Usually the stitches from the second row are all pulled a bit tighter, and also the light green loop doesn’t reach the same heights as the stitches in the third row. My drawing skills aren’t quite up to making it perfect in that regard, but I think the drawing still shows the basics of what’s happening.

I’ve colored the rows differently to help show where the different stitches end up, but I think in this case it also helps show that this increase can look a bit odd when knitting stripes or variegated yarn. M1L and M1R can work better for that situation.

Here I’ve shown how it looks after knitting one more regular stitch. There are four stitches in the top row, made from the three stitches below.

The second option is to introduce a half-twist into the lifted stitch before knitting it. When I feel a left lifted increase needs this, I usually prefer to twist it so it’s a mirror image of knitting through the back loop.. The result is slightly tighter than the first option, but sometimes it’s too tight. Of course, that half twist could be made in the opposite direction if you prefer. It’s worth experimenting to see what you like!

Note that because that twisted loop has been pulled up into the next row, it doesn’t make a horizontal bar that looks like a purl blip, even though it’s structurally similar to the loop from kfb. Instead, it looks like a slightly smaller stitch sitting at an angle.

All the fourth row stitches have now been knit.

If you find my stitch structure posts helpful, please leave a couple of dollars in the tip jar in the sidebar. Thank you!